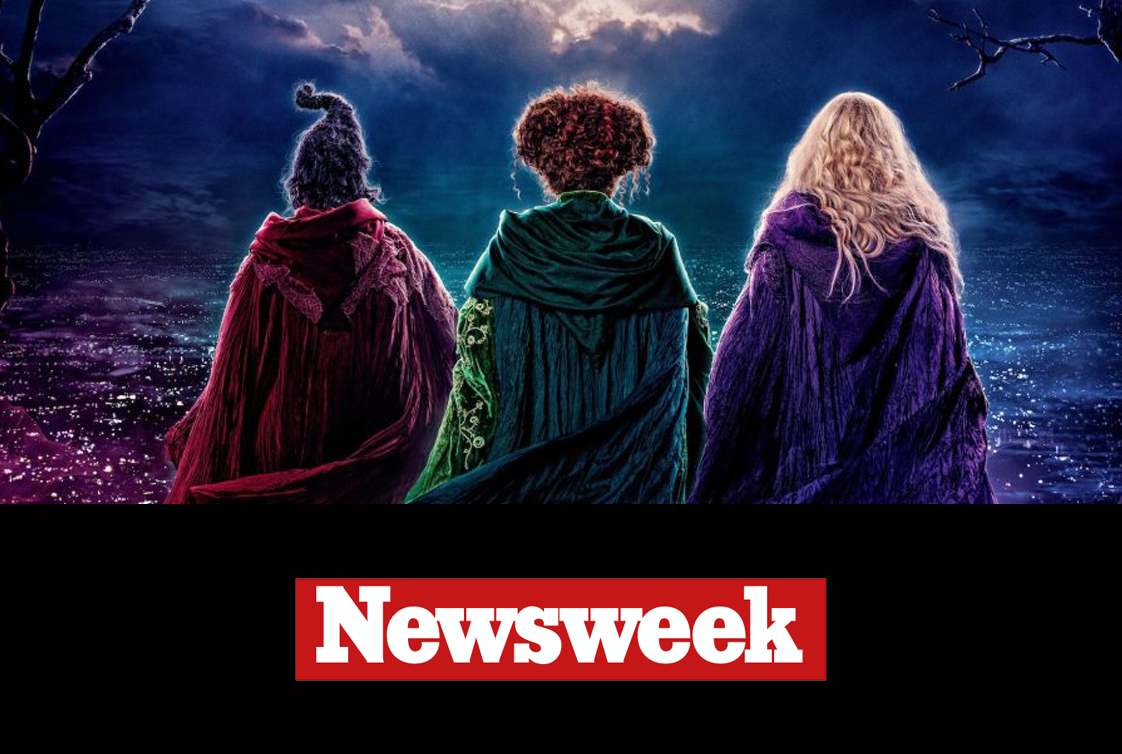 Was featured again by Newsweek:

Our culture has become more educated when it comes to non-mainstream spiritual and religious beliefs, occult teacher and witch Mat Auryn wrote to Newsweek. These days, witch depictions tend to me more nuanced.

But a sort of “new wave” of the satanic panic seems to be rearing its ugly head, said Auryn, who wrote the newly released Mastering Magick.

The still-fun film sequel emphasized that there can be “good witches” and explored themes of redemption, he said.

“Unfortunately, the folks who seem to embrace the satanic panic tend to be the ones who also embrace baseless conspiracy theories about politicians, Hollywood, or antisemitic beliefs about lizard people running things,” Auryn said. “So, unfortunately, there will always be those out there who consciously choose to be willfully ignorant of reality.” 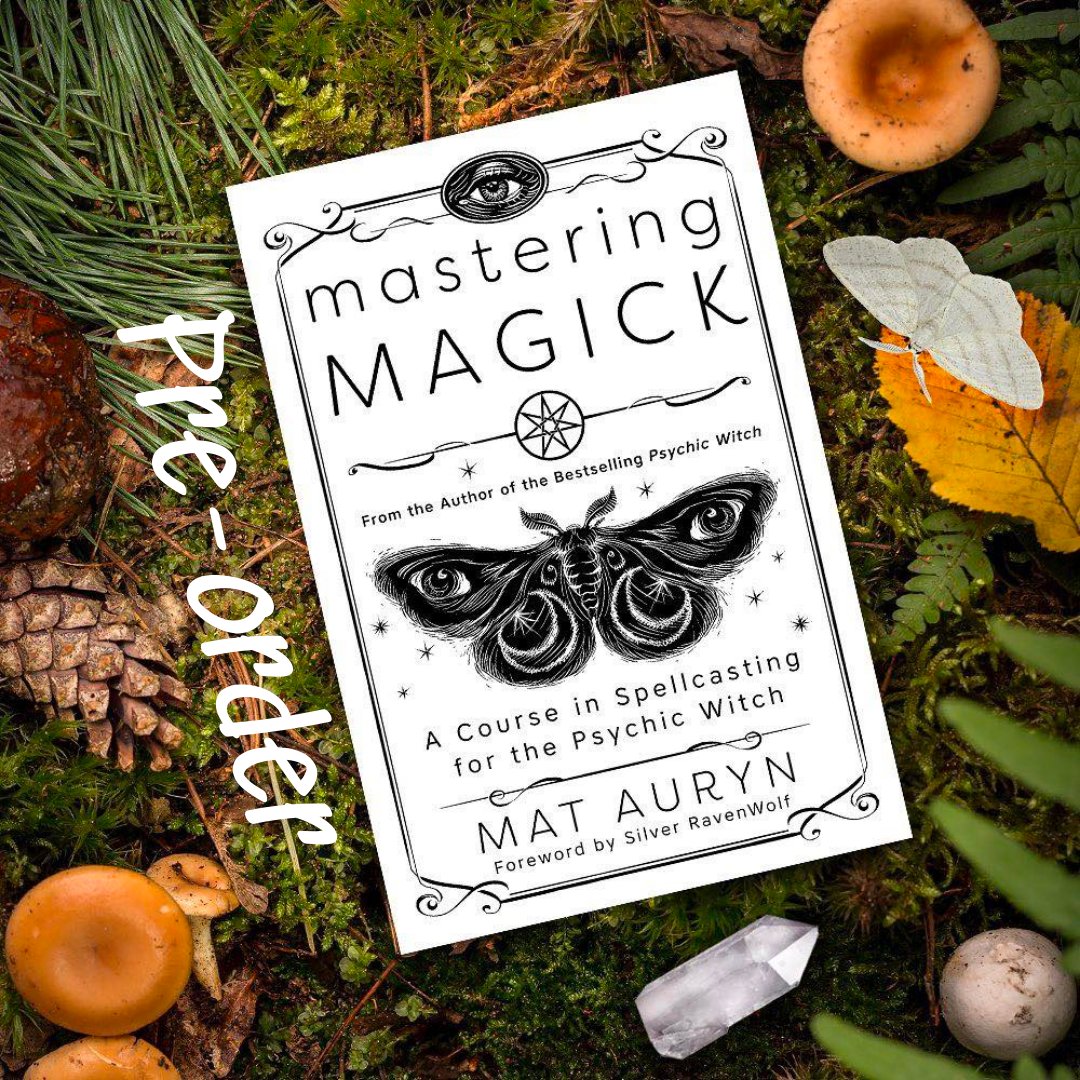 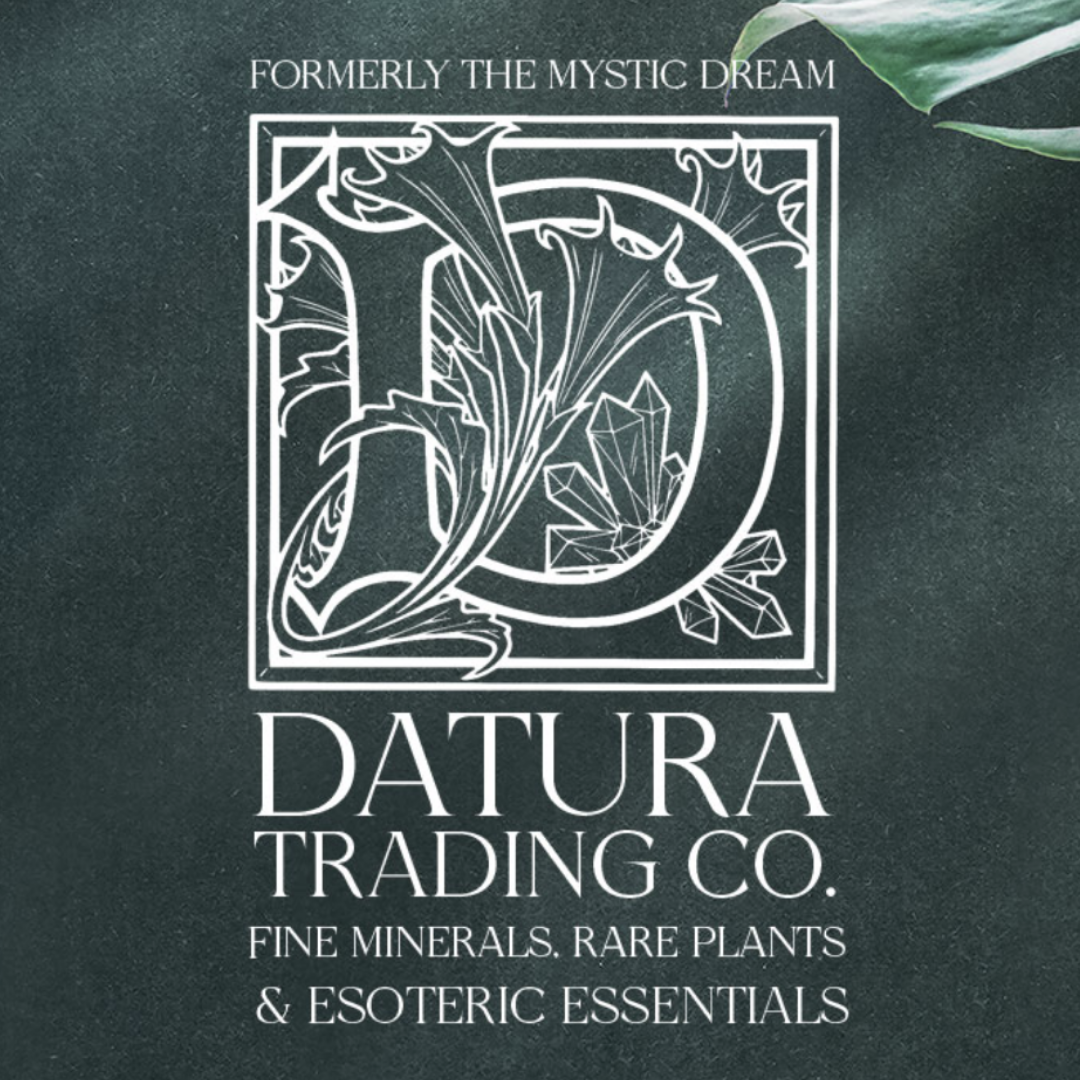 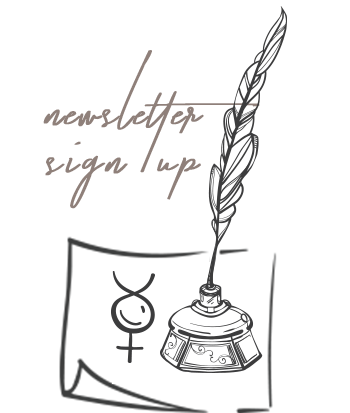 matauryn
•
Follow
Like countless other witches, Scott Cunningham was a huge influence early on in my path and his work is still important to me to this day. Scott’s sister Christine has designed these bracelets of sandalwood and amber in memory of him for my friends at @soultopia. A percentage of proceeds goes to directly helping the LGBTQIA+ community. You can get one at https://mysoultopia.com/shop/ols/products/the-scott-cunningham-bracelet
View on Instagram |
1/9 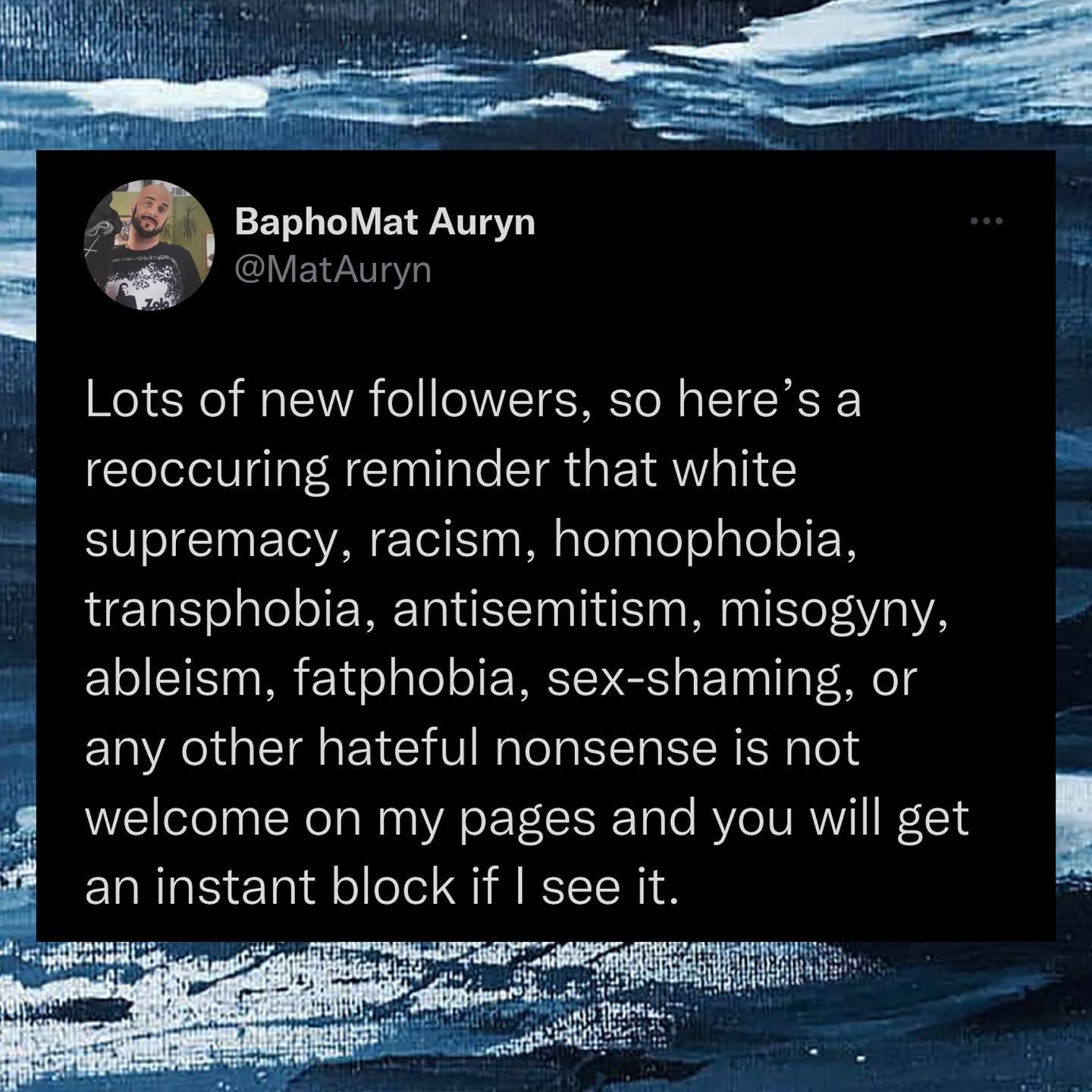 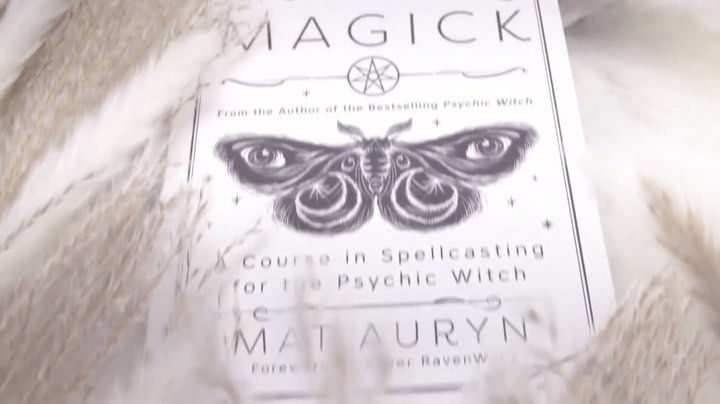 matauryn
•
Follow
Mastering Magick: A Course In Spellcasting for the Psychic Witch Available wherever @llewellynbooks are sold. Also available on @audible Narration by @jamesandersonfoster Footage by @trueblacktarot
View on Instagram |
4/9

matauryn
•
Follow
Deck Review: Anatomy of a Witch Oracle by @owlkeyme.arts (@llewellynbooks) Read it on the Modern Witch Blog. (See Beacons L I N K on my profile)
View on Instagram |
5/9 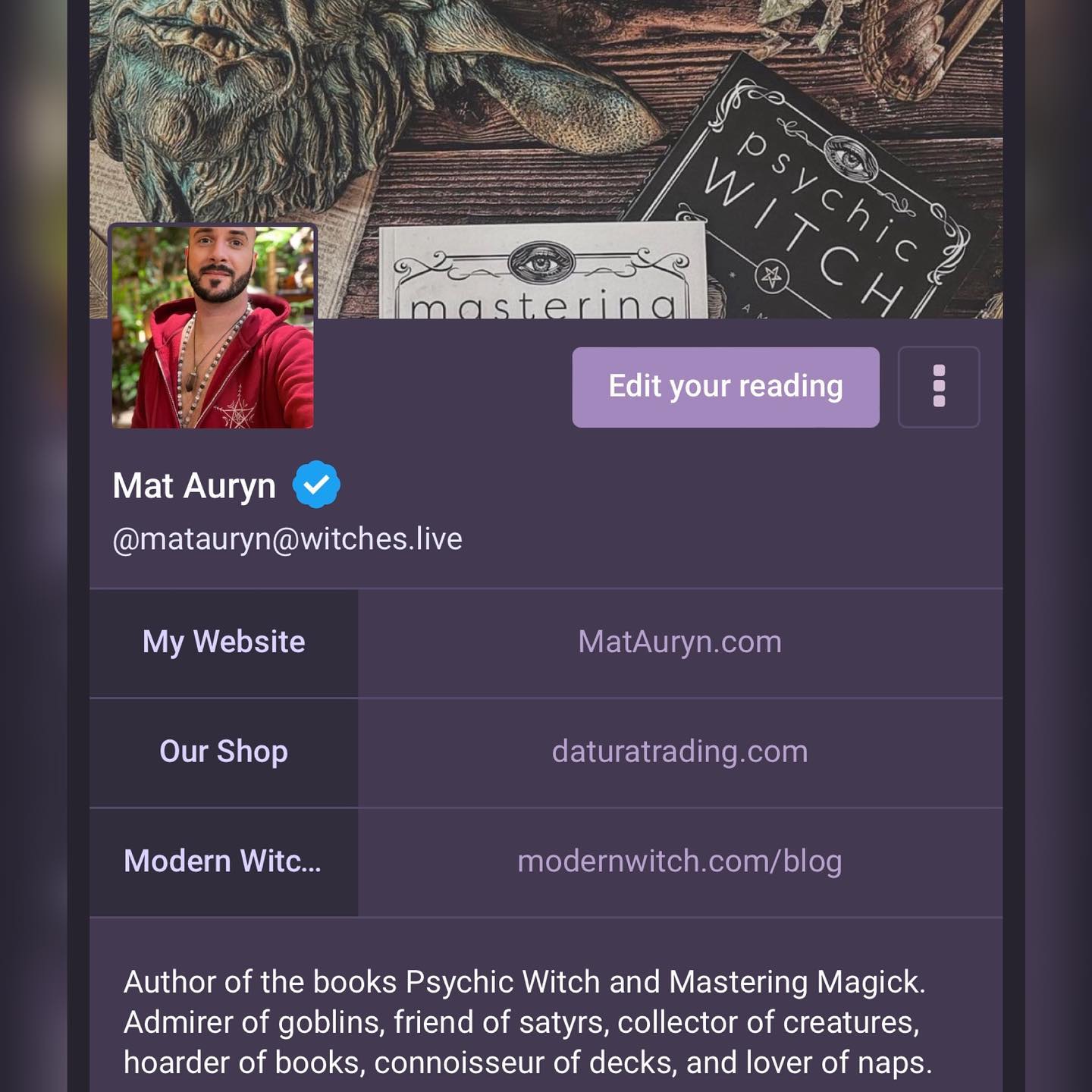 matauryn
•
Follow
Do you have a Mastodon account? I just created one. Come connect with me over there. witches.live is a great server if you’re looking for witchy folks to social network with. 🔮
View on Instagram |
6/9 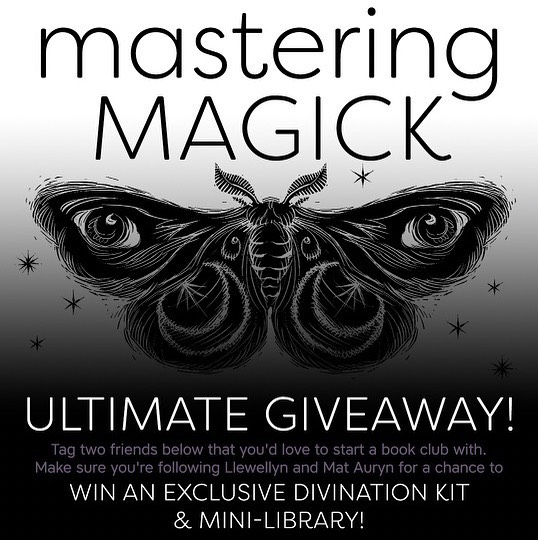 matauryn
•
Follow
UPDATE 2: Congrats to @prettyfnspooky for winning! UPDATE: Commenting closed. Winner to be chosen and announced soon! ✨🔮ULTIMATE GIVEAWAY!🔮✨ WIN AN EXCLUSIVE DIVINATION KIT & MINI-LIBRARY! I had several amazing friends and peers contribute a spell to Mastering Magick, so to celebrate its release, my publisher and I are giving away a prize of my books along with books of peers who contributed to the book who are also published by Llewellyn so that you have a nice mini library by some of the witches and magick workers I personally highly respect. That’s not all! Included will be a surprise kit of divination tools. Rules to enter: 🦉Tag two friends below that you'd love to start a book club with. 🦉Make sure you're following @llewellynbooks and @matauryn for a chance to win (We will check to see if the winner is following both accounts to qualify) Good luck! 🍀
View on Instagram |
7/9 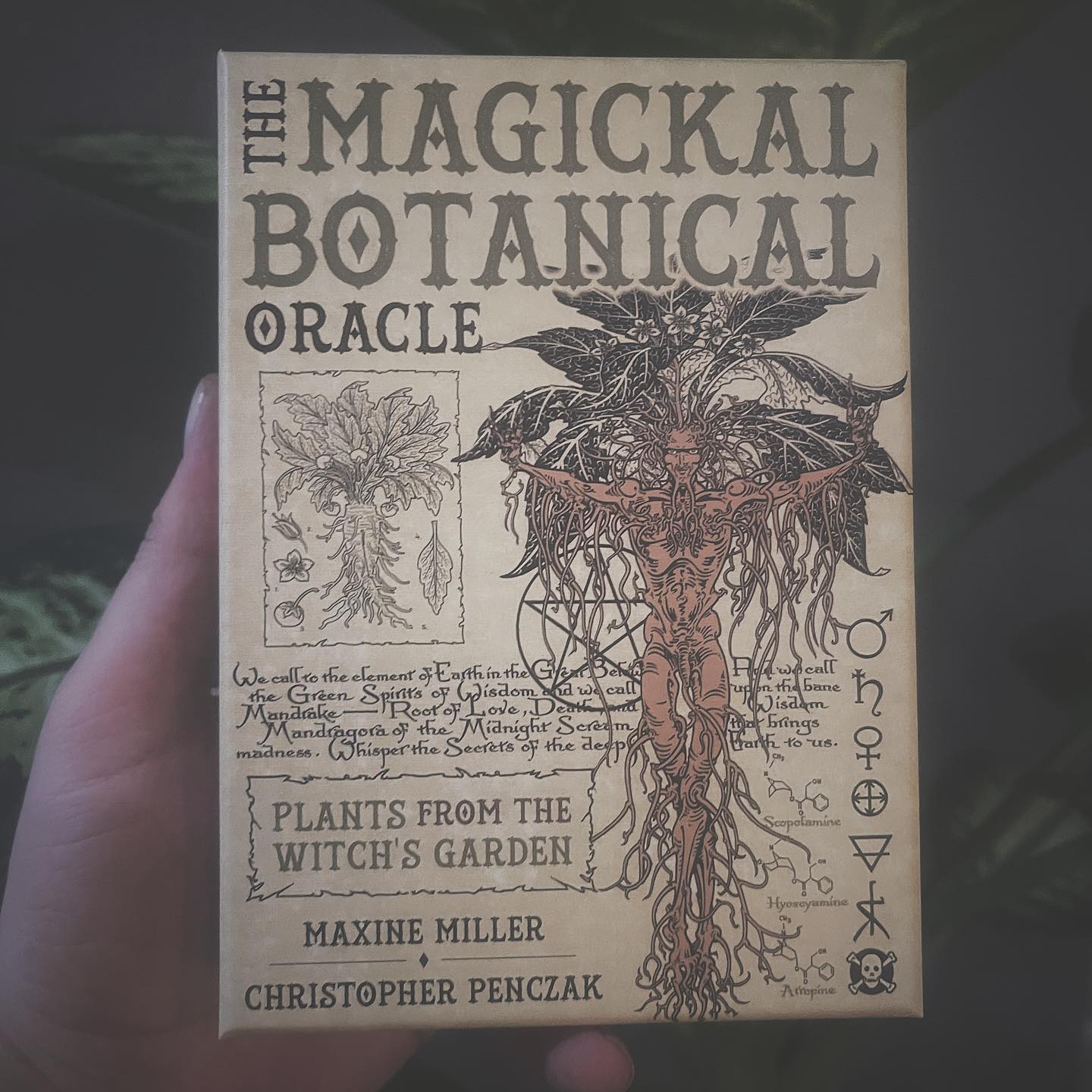 matauryn
•
Follow
It’s finally here! The new deck from @maxinemiller999 and @christopherpenczak! I cannot wait to use this!
View on Instagram |
8/9 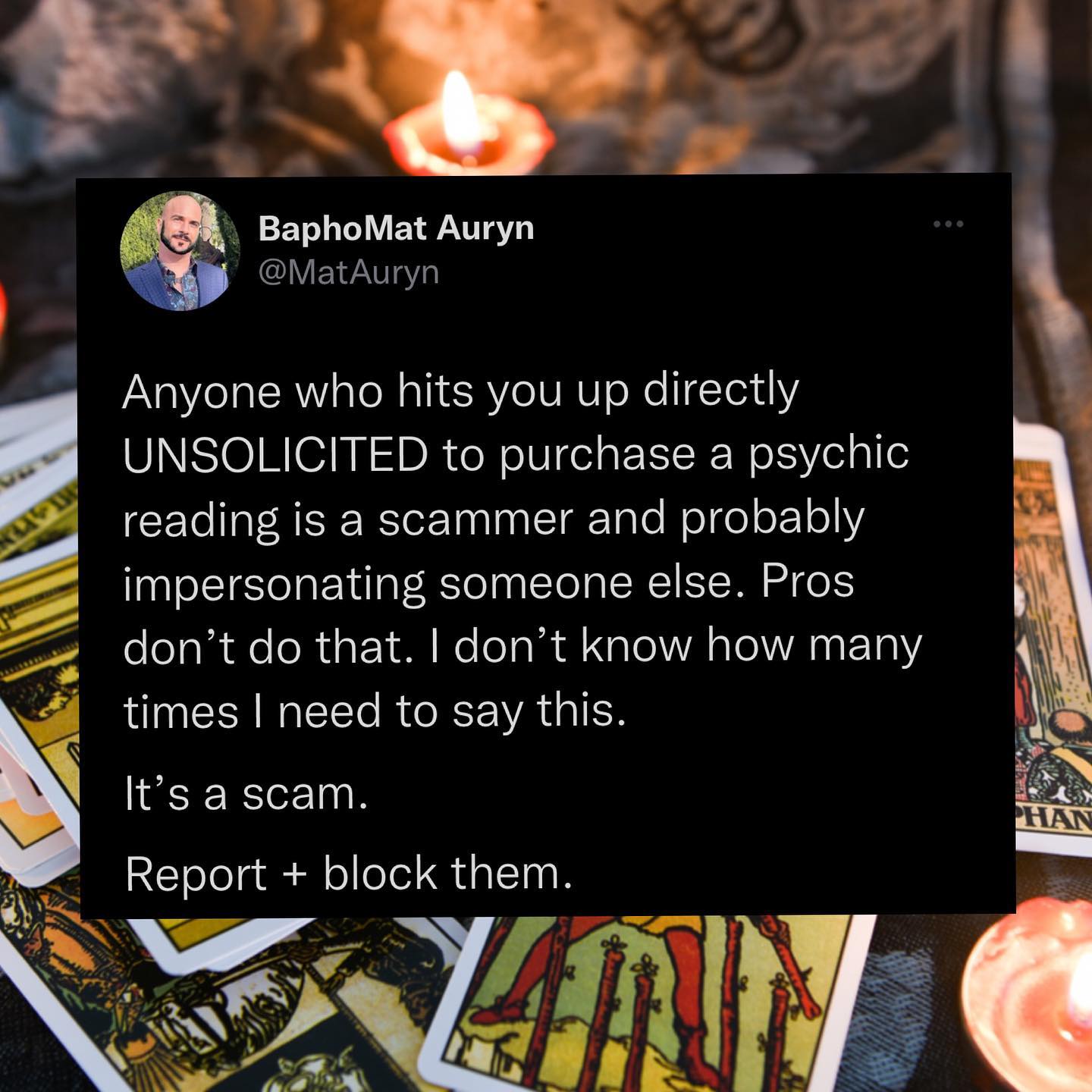 matauryn
•
Follow
No, that account with my name mispelled or extra punctuation or numbers was not me trying to talk you into buying a reading. I have never contacted you to tell you I was drawn to you and felt you should buy a reading from me or whatever nonsense they’re telling you. I don’t have “backup accounts.” I haven’t read for the public since 2019. If an account that looks like its me messages you, check the username carefully. If its not @matauryn, its not me. If that message says some BS trying to talk you into a reading, its not me. If its speaking to you in the pseudo-mystical language of spiritual bypassing, its not me.
View on Instagram |
9/9
View on Instagram 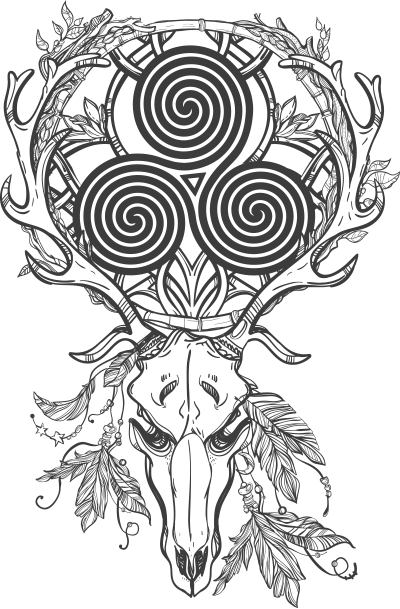 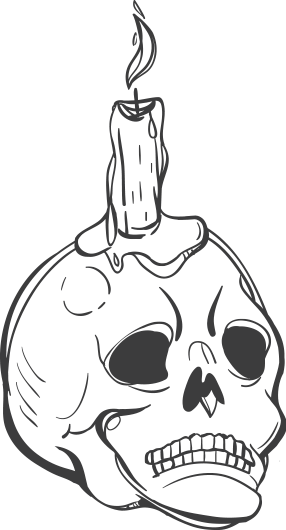 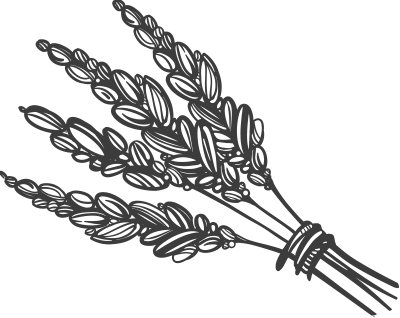 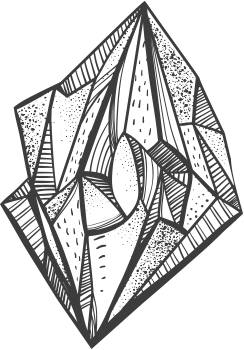